Share
During the Waikiki Swim Club awards ceremony, John Collins, a Navy officer stationed in Hawaii and his fellow athletes began to discuss which athletes were the most versatile among swimmers, cyclists or runners. Not knowing the answer, they decided to combine three of the hardest endurance races on the island.

On February 18, 1978, 15 competitors, including Collins himself, arrived on the shores of Waikiki to face the first "Hawaiian Ironman Triathlon". Before the race, each athlete was given three sheets of paper with some rules and a description of the route. Handwritten on the last page is an exhortation: Swim 2.4 miles! Bike 112 miles! Run 26.2 miles! Brag for the rest of your life that today is a real registered trademark. As a result of this anecdote the triathlon was conceived and it was also one of the most coveted competitions of this discipline because it was the most difficult for any athlete who put themselves through it.

Only the winner of Kona will be an Ironman

The Ironman World Championships have been held annually in Hawaii since 1978: the race initially combined the 3 different competitions that already took place on the island, namely the Waikiki Roughwater Swim competition over a distance of 2.4 miles (3 860 m), the cycling competition known as the Around-Oahu Bike Race over a distance of 115 miles (185 070 m, originally divided into two days of races) and the Honolulu marathon. In 1981, the race moved from the tranquil beaches of Waikiki to Kona on the Great Island of Hawaii.

At the heart of this competition is the dedication and courage of the participants, who during the race confront their own limits and prove that nothing is impossible. On October 12, more than 2,000 athletes will embark on a 140.6-mile journey that represents a test of mind, body and spirit to earn the title of Ironman. Among the participants will be Igor Amorelli, Mirinda Carfrae, Alessandro De Gasperi, Javier Gomez Noya, Giulio Molinari and Timothy O'Donnel, all Wellness Ambassadors of Technogym. 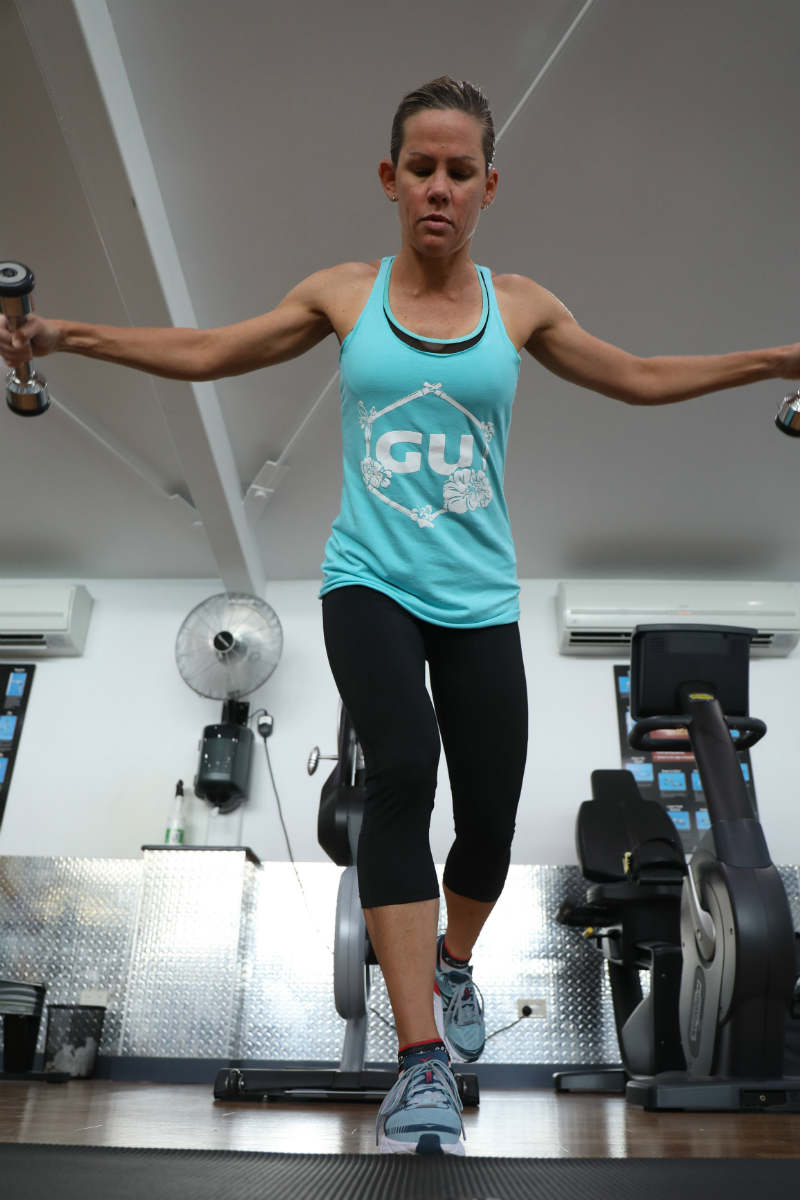 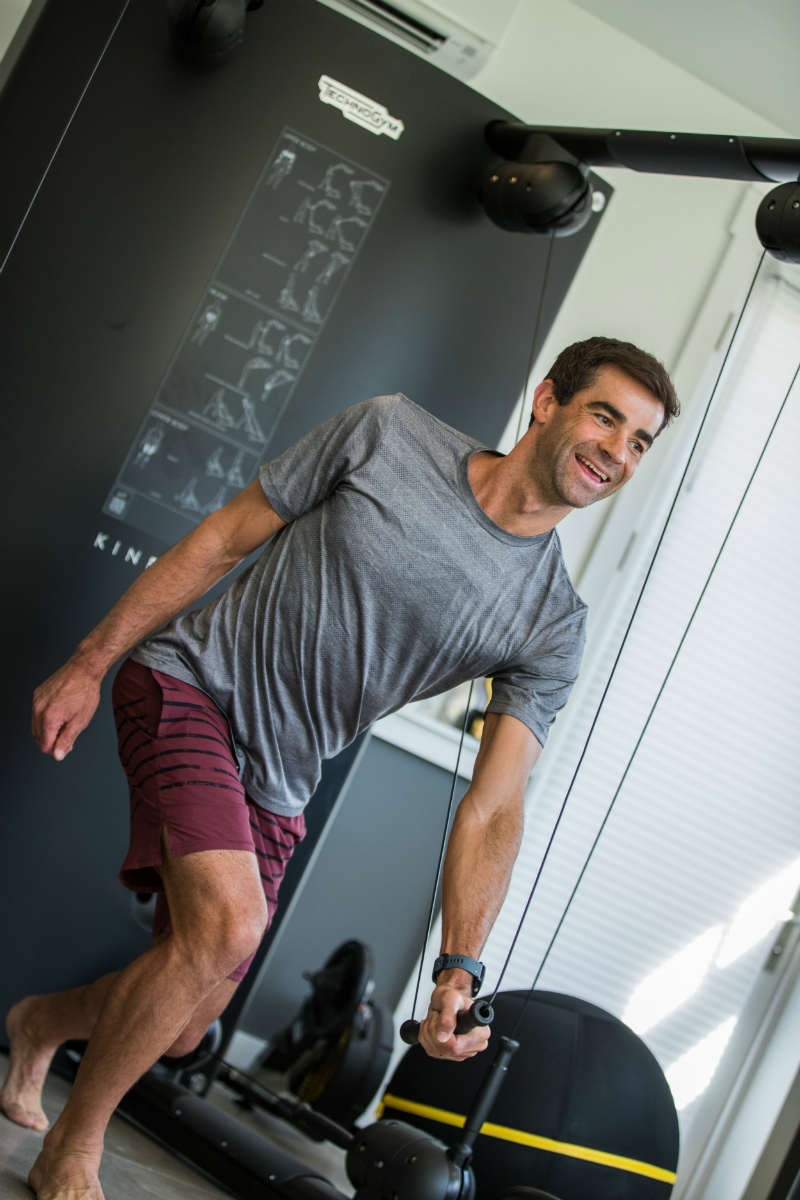 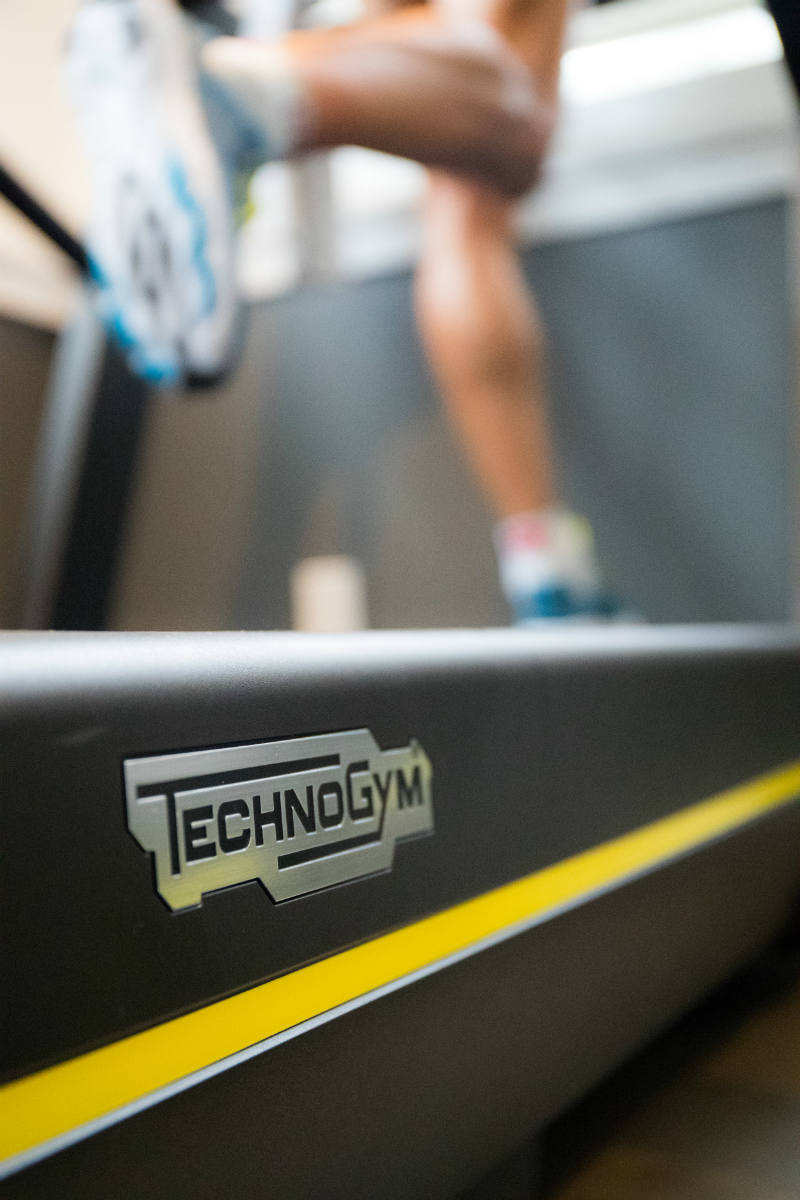 View the gallery
Athletic preparation for a triathlete is very important: despite the uniqueness of the three disciplines, it is important to train them in a specific and combined way. It is for this reason that Timothy O'Donnell and Mirinda Carfrae use the main lines of Technogym equipment for strength, endurance and agility training, including SKILLMILL, SKILLRUN and MYCYCLING.
Mirinda Carfrae, winner of three Ironman World Championships

Technogym has been our wellness brand of choice for years. As triathtletes competing on the world stage, the ability to utilise gold-standard equipment will allow us to improve our stamina and strength.

Among the Technogym Ambassadors who will be present in Kona there will also be Daniel Fontana, one of the greatest Italian thriatlon athletes of all time. In his incredible palmares stand out the Italian record obtained in Florida with the time of 8 hours 5 minutes and 48 seconds in 2013 and, in 2017, the title of first Italian to win in the official circuit Ironman in Los Cabos, Mexico, at the end of a masterpiece race.

Link
Daniel Fontana: head and heart in the triathlon

THE NIGHT BEFORE I SLEEP BADLY, BUT WHEN I FEEL THE COLD SAND AND WET UNDER MY FEET, THE TENSION GOES AWAY. IT'S ALL AUTOMATIC, BECAUSE I KNOW WHAT'S GOING TO HAPPEN AND I KNOW WHAT I HAVE TO DO.

Giulio Molinari
Also the Spanish Javier Gomez Noya and the Italian Giulio Molinari have chosen Technogym's MYCYCLING to prepare for the race. MYCYCLING is the result of a very close collaboration between Technogym's Scientific Medical Research and the experience of the best cycling figures such as sports trainers, coaches, physiologists and professionals.

I was looking for a scientific product that was able to give me real, constant and repeated data over time. It had to be easy to carry and a versatile product which I could carry in the car. Then in the end Technogym came out with a product that was also aesthetically beautiful, beautiful to see.

Technogym Bike: the most engaging fitness experiences on your cardio floor

Technogym Bike brings indoor cycling classes run by trainers from all over the world to your ...