Share
With only one thick atom, graphene is now the thinnest substance in the world. It has many properties: it conducts electricity, it is flexible and it is one of the strongest known materials on the planet. In recent years the race of scientists and engineers to apply graphene technology to wearable electronic devices has been remarkable.
Even if its killer application has not yet been found, the material discovered by chance by two researchers is changing the rules of the global market thanks to the potential spread in the most diverse areas: from fashion, to design, from batteries, to so-called nanotechnology.

It may seem like an exaggerated statement, but by taking a quick look at the online news reviews and scientific studies, it seems increasingly certain that this material is becoming fundamental to the evolution and growth of man thanks to its unique properties.

An infinitely thin ink jet will project circuits onto any surface, paving the way for innovative applications.

But what are the winning properties of this amazing material? Why is it becoming so popular in every field of application? Why did science chose it to solve problems once impossible to solve? What are the current applications in the market?

Everything comes from carbon

The allotropic is an element or compound that can take different forms and show different physical and chemical properties.
From a scientific point of view, graphene is an allotropic consisting of a single layer of carbon atoms arranged in a hexagonal lattice and is the basic structural element of many other carbon atoms, such as graphite, diamond, coal, carbon nanotubes and fullerenes.

Depending on the arrangement of the carbon atoms, different materials are obtained with the same specificity.  For example, when carbon atoms bind in an ordered structure, graphite is obtained, which is the mineral used in the tip of pencils. If, on the other hand, the structure in which the carbon is ordered is completely ordered, the diamond is obtained. Recently graphene has appeared, which has an ordered structure of the atoms but only 2 dimensions.

The discovery of this material was made by two English physicists, Andrej Gejm and Konstantin Novoselov of the University of Manchester, a discovery that earned them the Nobel Prize for Physics.

It has two main characteristics that distinguish it from all the others and make it extremely interesting: it has the mechanical strength of diamond and the flexibility of plastic. But many others have already been discovered. Let's find out some of them.

Research is still underway to discover the peculiarities of this extraordinary material, but some seem to have already been documented by science.

It is used as the main component of a brand new kind of batteries. These batteries are extending into several sectors, particularly in mobile telephone where, little by little, they are replacing lithium batteries.

Although the thickness is of a single atom, this carbon-based material absorbs only 2.3% of light radiation over the entire optical spectrum.

Although carbon itself does not conduct heat, graphene macromolecule is an excellent heat conductor.

The thinnest material, the most transparent (97.7% of the light can pass) and the most resistant in the world. According to its discoverers, a single sheet of graphene (i.e. a sheet 1 atom high) 1 square metre wide weighing 0.7 mg would potentially support the weight of a cat of 4 kg and be virtually invisible.

Columbia Engineering researchers have created a bulb that works like a normal tungsten filament bulb, incandescent, but capable of emitting light thanks to an incandescent filament of graphene. To achieve this result, scientists have applied small metal electrodes on strips of graphene invisible to the naked eye. When electrical current passes through the circuit, the graphene heats up to 2500 °C emitting visible light.

Graphene in clothing and the IoT revolution

The continuous search for high-performance, lightweight and intelligent materials at the same time is pushing governments and industries to invest increasingly large sums of money in new technologies for clothing and footwear.

Link
All the benefits of charcoal
The connectivity and weight that graphene technology allows will help athletes to improve their everyday performance: from shoes to anoraks, the real revolution will be to work on a better performance of the athlete thanks to the data that can be collected in real time, directly from the body of people, thanks - of course - to graphene-based materials.

Special ink with attached circuits
Soon, therefore, electronic devices can be washed in the washing machine. But first, printed directly on the clothes, thus making the electronics fully wearable. The secret may lie in the inks, made of graphene.
An infinitely thin ink jet will project circuits onto any surface, paving the way for innovative applications.

In a few years, many electronic devices and circuits that will be printed directly on clothing will be accompanied by a label that specifies whether they can be machine washed and ironed, making the promise of wearable electronics a reality.

Giacche nanotech
Already today, for example, an English start-up is producing graphene sports jackets, to emphasize that this high-tech material has a future in fashion and applications are already possible today that enhance some of its properties.

According to the manufacturers, thanks to graphene, the jacket offers perfect thermoregulation: left warm for a while and worn with graphene inside, it can heat the body distributing heat evenly, for a pleasant duvet effect.

Smart Fiber Clothing
Not only jackets: the world of footwear will also experience a revolution thanks to the potential applications of graphene. In 2018, the first running and trail running shoes with graphene soles were launched on the market.

The new graphene rubber helps shoes to be lighter and more resistant: studies by the national graphene institute of the University of Manchester have shown that rubber soles infused with graphene have proven to be 50% more resistant than traditional ones.

Ultra-resistant shoes
A team of scientists from the University of Exeter pioneered a new technique to create electronic graphene fibers for incorporation into everyday clothing.

A new technique has been used to create graphene fibers that convey technologies that can be incorporated into apparel production. Currently, wearable electronics are essentially obtained by gluing devices to fabrics, which results in product rigidity and probable malfunction.

The research team believes that the discovery could revolutionize the production of wearable electronic devices by, for example, allowing better health monitoring and helping medical diagnostics more accurately even during physical or sporting activities.

Italy, together with China, is at the forefront of scale production of graphene products.

The Monza-based company Colmar for example has recently launched an entire line with graphene inserts in its 2018/19 collection, while for several years Vittoria has been producing tubular and racing wheels for cycling in a rubber that includes a percentage of graphene to improve grip, speed and puncture resistance. Graphene acts like a magnet: by inserting itself between the rubber molecules, it actually creates a bond with them and keeps them more united. 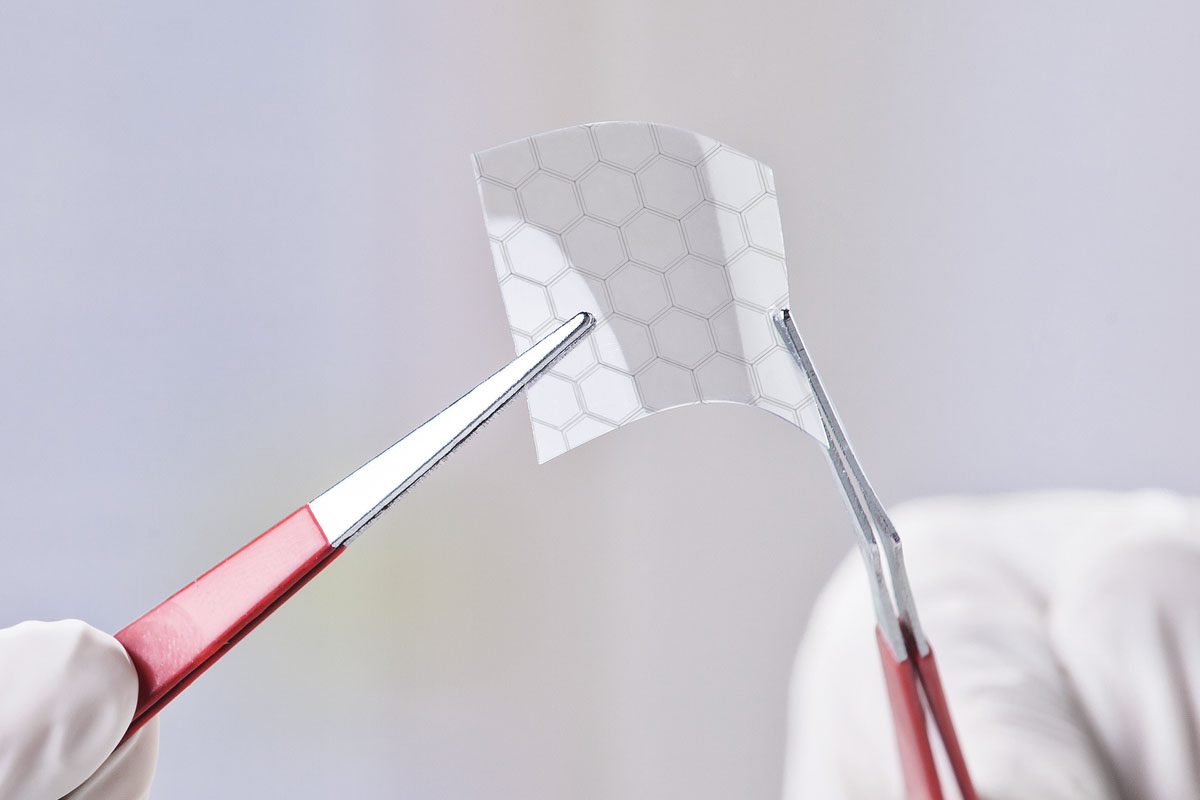 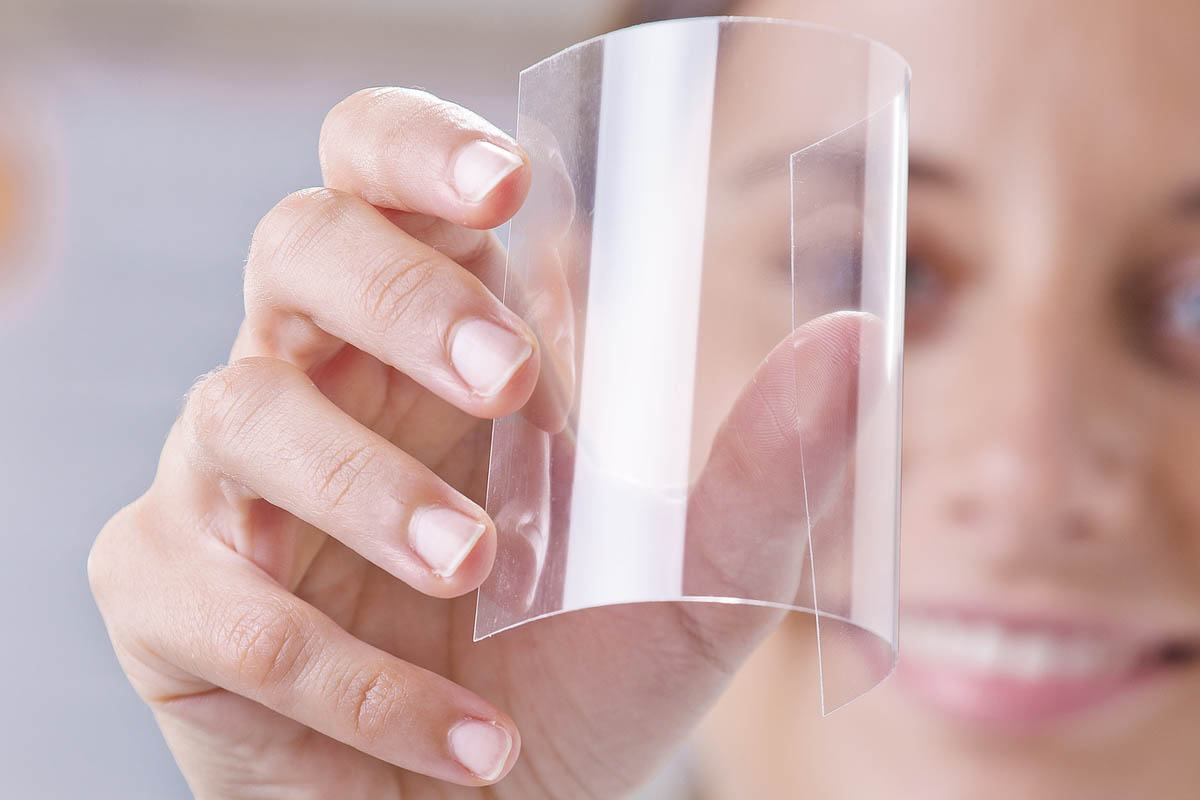 View the gallery
Just as with tyres, It acts as a magnet on wheels, integrating with the carbon they are made of. Being extremely thin, it layers itself in the spaces that divide the carbon molecules and creates a bond with them. As a result, the characteristics of carbon in terms of wheel stiffness, impact resistance, weight reduction and heat dissipation improve exponentially.

For several years now, the tennis sports industry has been producing racquets with graphene components positioned in strategic points to improve strength, speed and above all lightness.

Dulcis in fundo - It's edible

The latest discovery about this material: It's easily printable on food. Researchers at two American universities have managed to engrave edible circuits on the surface of food, paving the way for labelled foods that can help us track food from the farm to our tables.

The project, which uses the so-called laser-induced graphene (LIG), is a process that creates a "foam made of small flakes of cross-linked graphene" capable of transporting electricity through carbon-rich products such as bread, potatoes and cardboard.

How to find the correct percentage of fat mass in men

What is the correct body fat percentage  for men? For men, the ideal fat mass should be betw...